How much do you know about these 8 secrets related to Hanuman ji’s life?

Lord Hanuman is one of the revered deities of Hinduism, there are some secrets related to his life which you all will be unaware of.

Lord Hanuman is one of the most worshiped deities in Hinduism. He is considered for his courage, strength and his divinity of protection. His mythological stories are described in detail in the Ramayana and his role was central in the entire Ramayana context. Among the popular beliefs about him are his unwavering devotion to Lord Rama, his sense of reverence, his childhood mischief and his helping Lord Rama in finding Mother Sita.

Not only Ramayana but Mahabharata and other Puranas also describe the devotion of Lord Hanuman. It is believed that he was born on the full moon day of Shukla Paksha of Chaitra month, hence Hanuman Jayanti is celebrated on this day. Hanuman ji is also known by many names like Pawansut, Kesari Nandan, Bajrangbali. Let’s know about some such things related to his life which you may not know.

Hanuman was not his birth name

Hanuman ji’s name was not Hanuman at the time of birth, but once he thought it was a sweet fruit of the sun and swallowed it. Then Indra struck a thunderbolt to free Surya and his jaw swelled. Since then he was named Hanuman because Hanuman is derived from the Sanskrit word Hanumat. Hanumat is a combination of a word and a suffix. Hanu means jaw and mat becomes a suffix. So, Hanuman means one whose jaw is swollen or deformed.

Lord Hanuman had five brothers
Brahmanda Purana verses 223 – 227 states that Anjana and Kesari had five sons of which Hanuman was the eldest. Lord Hanuman’s siblings are Matiman, Shrutiman, Ketuman and Drtiman in order of birth. In the Mahabharata period, Pandu and Kunti’s son Bhima is also called Hanuman’s brother.

Why is the color of Hanuman ji’s idol red or orange?
According to a legend, Lord Hanuman once saw Sita applying vermilion on her head and asked why it was part of her daily rituals. Sita then explained to Hanuman that the vermilion symbolized Sri Rama’s longevity, her love and respect for her husband. Because of his sincere devotion to Shri Ram, Hanuman ji decided to cover his whole body with this vermilion and after seeing Hanuman ji painted with vermilion, impressed by his devotion, Lord Shri Ram gave a boon that those who would use vermilion in the future would be Hanuman. will worship Ji, all their difficulties will be removed anThis is the reason why the idol of Hanuman ji is painted with vermilion even today in the temple.

Lord Hanuman is known as a celibate yet he gave birth to a son named Makardhwaja. It is said that after burning Lanka with his fiery tail, he dipped his tail in the sea to cool it. At that time the sweat of his body was swallowed by a fish and Makardhwaja was born from that fish.

Why did you keep the form of Hanuman with five faces?

It is said that Lord Hanuman assumed the form of Panchamukhi Hanuman to kill Rama (some questions related to Lord Rama) and the demon king of the underworld who kidnapped Lakshmana. Hanuman found out that in order to kill Ahiravan, he needs to light five lamps at the same time because the soul of the demon king resides within them. So Lord Hanuman transformed into five heads. Hanuman ji was present in the center as Panchmukhi Hanuman. In the south was Narasimha ji who was in the form of a lion, in the west was Garuda ji, in the north there was a boar’s head and in front of the sky was a horse’s head.

Lord Hanuman is immortal
Hindu scriptures mention eight Chiranjeevis and Lord Hanuman is one of them. It is said that he will walk on this earth chanting the name and stories of Shri Ram till the end of Kalyug. Hanuman ji is considered venerable even in this era and he is worshiped as immortal 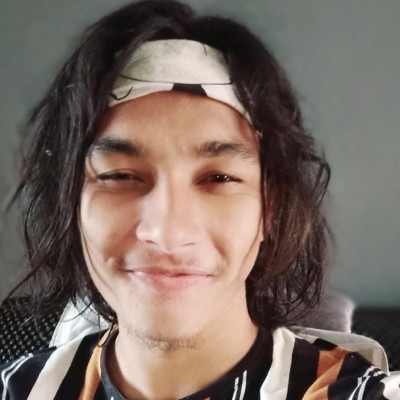 Akshay Tritiya: Do this to increase immunity.

Monday’s of Shravan are very special, Why ?

Why Hanuman ji did not bring mother Sita from Lanka?

Don’t do these mistakes while doing Pooja.